K: Awhile ago I posted that my mom had put together a Creative Memories album with pictures from my childhood through my wedding to send to my birth father. Talk about a SAGA.
My mom first started by visiting the Chinese consulate. A very helpful man took this 中国北京市海淀区动物园世纪天乐国际服装批发市场11层1109 . (ZHONG GUO BEI JING SHI HAI DIAN QU DONG WU YUAN SHI JI TIAN LE FU ZHUANG PI FA SHI CHANG 11CENG 1109) and wrote out a label that he claimed would be understandable. But when she took the package to the Post Office, they did NOT understand it and also warned her that China is a communist country and there's a possibility it could be intercepted and/or opened. So, she decided to send the package to my birth father's business in Korea instead. Well, to make a long story short, this involved calling Peter Yim (our translator at our wedding), having his wife call Korea and talk to my birth father, putting together a mailing label in Korean, having the post office tell us they couldn't understand the label, calling him back and having it translated in Korean, and then having him hunt down a postal code... Whew. My poor mother - it's a good thing she's retired!
Anyway, here's what the label ended up looking like:

Well, then my mom began stalking the post office's web site to see if/when the package was delivered. Then there were two failed deliveries posted. She was starting to get worried. So, Peter Yim came to the rescue again. She placed a call to him --- he called my birth father --- and found out he's on a plane from China to Korea and would pick up the package later that day.

And then I received a message from Sang Kwan letting me know they had (finally!) received the package. Now my mom can get a good night's sleep.
Posted by Unknown at 8:57:00 AM 2 comments: 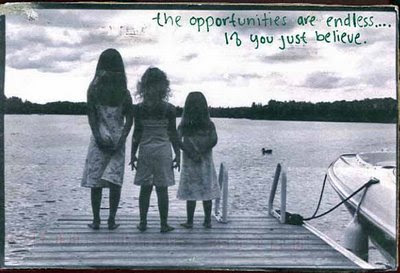 Email ThisBlogThis!Share to TwitterShare to FacebookShare to Pinterest
Labels: inspiration

K: Just thought I'd share... as mentioned in his last email, Sang Kwan actually called our house! We were both at work, so he just got our machine. Said "hello" a couple times. Gave me chills (in a good way of course) to hear my long lost brother's voice! Made it all seem so much more REAL.
Mark and I are planning to purchase a calling card to call him back. Talk about an expensive game of phone tag!
Posted by Unknown at 5:29:00 PM 3 comments:

K: Just got an email from my brother! I had written him earlier to let him know about our plans to come to Seoul. Isn't it so cute that he's already thinking of stuff we can do? I think Mark and I are going to pick up a calling card and try to give him a call. Anyone have any advice how to place a call to China?

Kim: How are you theres days ! torday I receved your email It 's so great you will come to Seoul .but how's the working now? I am worried about that .so I think I will togther with you at that time .can you teach me english too?^_^ I have a lot of plans when you come to Soul .we can go to trivell .cooking togther , play togther ,and ...... I hope i wil togther with you all the times .... Torday i try to call you .but just Make 's message .it's so pity ! I Will call you next time .