K: And when I refer to "the roof," I mean OUR MOUTHS. I knew Koreans like spicy food, but good Lord, is my tongue going to survive next year?

We went back to the Korean restaurant we discussed here and here. This time we decided we were ready to order some soup, which we've heard is a staple meal in Korea. We ordered a Kimchee soup and a spicy Korean BBQ with chicken. We should've been wary when the waitress asked if we wanted our meals "normal" or "Korean" spicy. We decided to be conservative and selected normal. This can be chalked up as one of the smartest decisions we have ever made.

The Kimchee soup arrived piping hot (actually still boiling). We both took a spoonful and the extreme warmth of boiling hot soup was immediately blown out of the water by the intense sensation I felt as my tastebuds went from "on fire" to numb. My nose imediately began pouring sweat.

But the surprising thing is that the spicyness is strangely addicting. I literally couldn't stop eating it even though I was sweating and chugging water. And I really think I wouldn't hesitate to order this dish again.

One helpful tip Mark and I discovered was that after an especially spicy bite to shovel rice in our mouths. The rice kind of serves as the spice buffer. Good to know. I have a feeling I'll be eating pounds and pounds of rice in Korea. :)

Here's a picture of the mouth-burning lava soup. 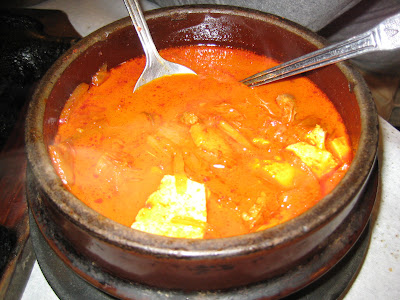 And here's the spicy BBQ chicken, which didn't offer much relief to our tongues. 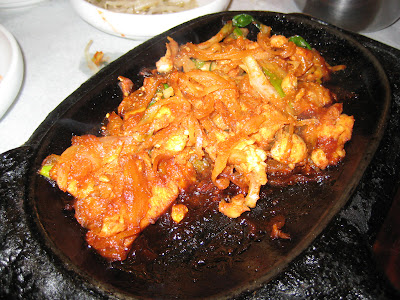 K: Last week Mark took a day off work and moved all the major furniture out of our house. (The rest of our stuff went in a Pod to be stored for the year.)

Unfortunately... well, fortunately for me, I couldn't get off work so Mark was on his own. He was able to score these sweet wheels from our realtor... It's actually a pretty nice service our realtor provides, a free moving truck complete with moving equipment and supplies. The only downside is tooling around the city in a huge red van with her face plastered on the side. :) 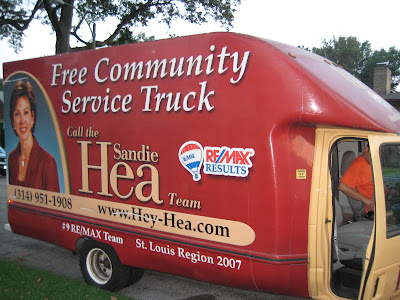 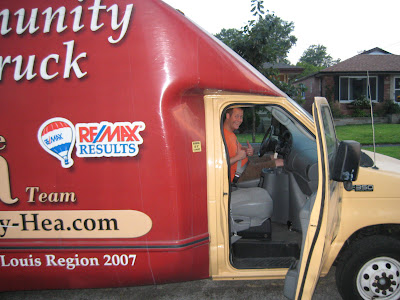 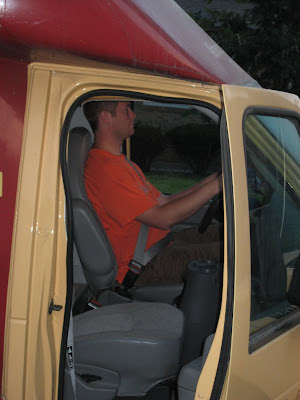 But in the end of the day, it was all worth it. We breathed a big sigh of relief on September 3oth when the buyer closed on the house and we realized we would be heading to Korea mortgage-free. 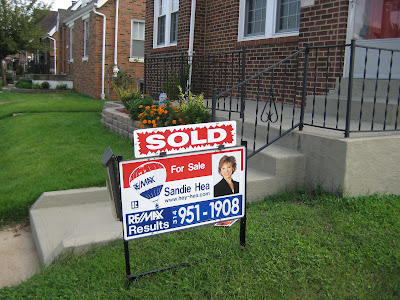