M&K: My brother, Kevin, here in the United States, has been endlessly complaining about his lack of recognition on this blog. So Kevin, quit your whining, this one's for you.
Kevin and his wife, Alicia, spent the last 8 days here in St. Louis with us. Instead of going to the same old St. Louis landmarks, Mark decided a day of drinking and competitive bar games would show them the TRUE flavor of our city. Ever the responsible citizens, we did not want to drink and drive. So we decided to use the wonderful St. Louis metro system as our mode of transportation. Thus, the idea of the "Metro Olympics" was born.
The original intent was to play 10 games at three or four different bars, but as the day wore on (and Mark and Kim were getting solidly crushed at every event) we only ended up playing 6 games and visiting three bars.
Here are some pictures highlighting the day's events:
Kevin and Alicia showed up with team t-shirts and sweat bands for all. They got themselves these cute t-shirts that said "It's not my fault I'm AWESOME."

And, well --- to our chagrin they got us pink shirts that said for Mark: "shortie" and for me, something about being cranky but cute... Thanks guys. 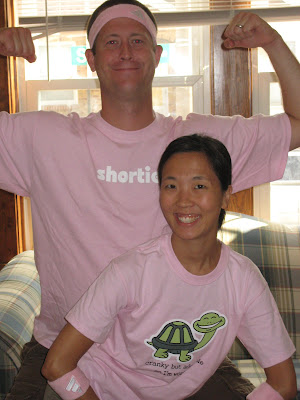 After some mimosa's and breakfast, our first event was beer pong. As evidenced by this picture, the Roaches won 2-0. Kevin broke it down to his favorite singer, Nelly Furtado. Is that the air guitar we see? 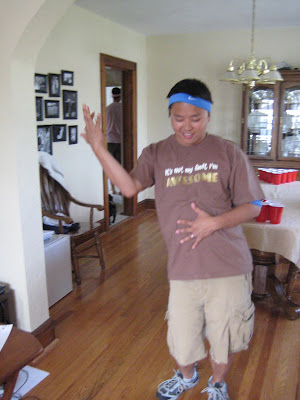 Riley was on Team Pink, but after eating a ping pong ball, he was disqualified. He got so angry about being thrown out, his teammate Mark had to restrain him. It was not a pretty sight. 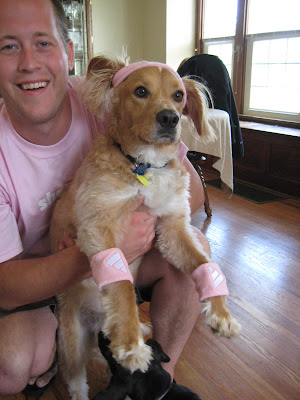 We took the Shrewbury MetroLink to the Maplewood exit and after a "short walk" made it to the first bar, Schlafly Bottleworks. We started with a game of pool. This was a nailbiter! On the first shot, Kevin almost knocked the 8-ball in, but it clung to the edge of the corner pocket. Alicia took charge knocking in a majority of her team's balls. After knocking in a stripe, Kim's cue-ball ricocheted into the black ball and amid tears and shrieks, all was lost for team Johnson. 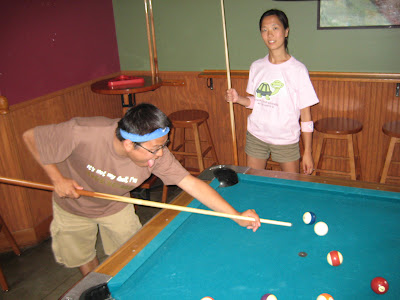 Desperate for a victory, Team Johnson was determined to win the next event: fooseball. But that dream would not be fulfilled due to some questionable game play by Team Roach. Team Roach won 5-3. They, ahem... spun... into victory. 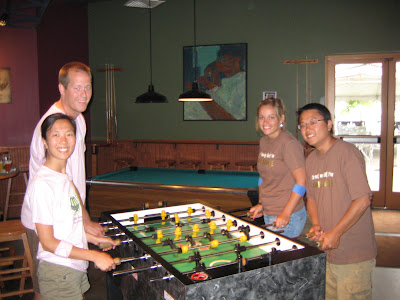 Starting the day off 3 and 0, Team Roach is all smiles. 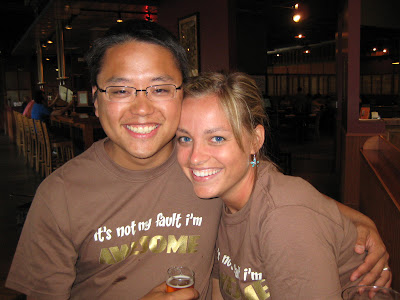 Mark is still in shock. Both about the losses and the fact he's wearing a pink shirt in public. 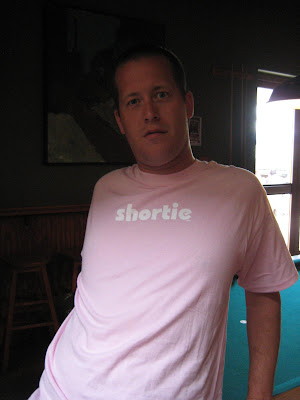 We then took the Manchester bus down the street to one of everybody's favorite bars, Nick's Pub. We were the only ones in the bar and took full advantage of the facilities upstairs.
A very animated game of shuffleboard included: a hate crime by Alicia, aggravated assault by Kevin, and another crushing defeat of Team Johnson, losing the series 2-1. 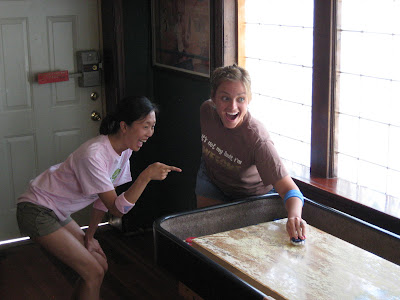 Realizing that games of skill may not be their forte, Team Johnson suggested a game of luck: Pull Tabs. We purchased $20 worth of tickets and divided them up... 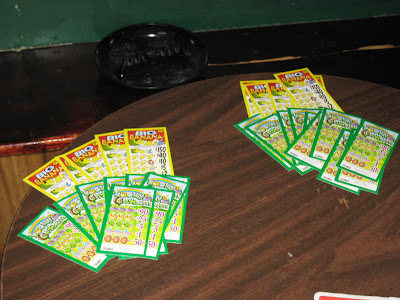 Well --- the gods were not on Team Johnson's side this fateful day. The Roaches won AGAIN with $18 to the Johnson's $1. This is the most money we expect this social worker to ever see in his lifetime. ;-) 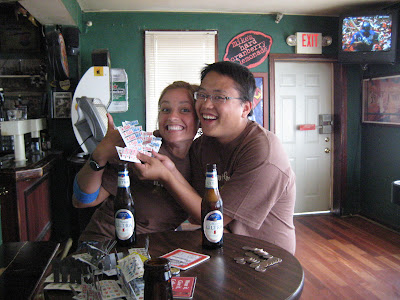 FINALLY, after years of practice at Lacledes, the Johnsons were able to clinch a victory in an old favorite: Photo Hunt. In a fit of ecstacy, Kim hopped on Kevin's back for a victory lap. 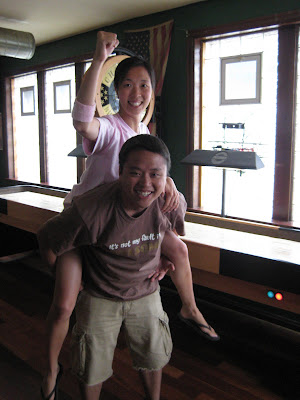 But the joy was not to last long as Kevin miraculously managed to hit a double 11 to win in darts. 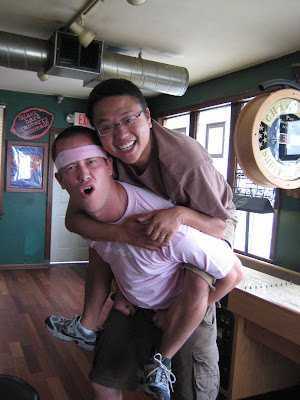 He took two laps around on Mark's back.
Realizing that skill and luck were not on their side, the Johnsons realized their only hope for winning was to get the Roaches drunk. 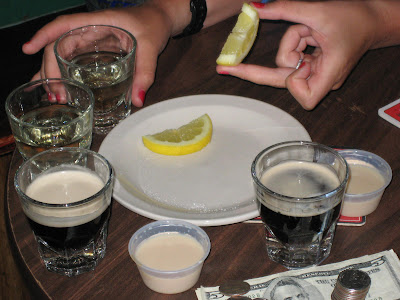 AND IT WORKED.... on both teams.
Alicia, still in competitive mode, challenged us to a fist eating contest.
She was the only competitor. 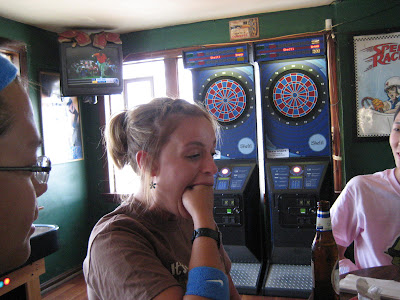 Drinking took its toll and we decided to end the competitions/beat down early. We concluded the day by taking the bus to Lemon's on Gravois and sharing some chicken wings and pizza.
When it's all said and done, we're still family and are able to put our differences aside. 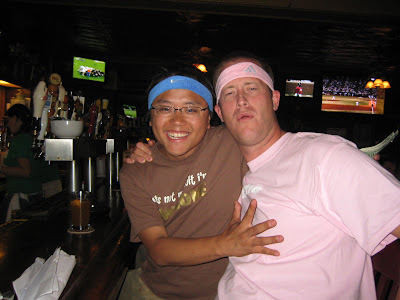 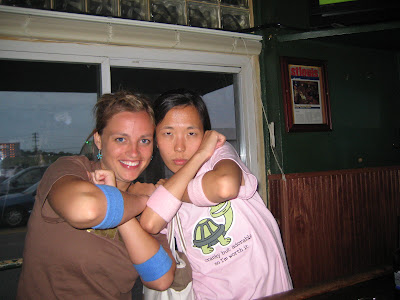 It was a great day and we really enjoyed getting to hang out with Kevin & Alicia. And to all the St. Louisans out there reading this blog, you should really consider setting up your own Metro Olympics. It was a blast... just don't ask The Johnsons to be on your team.

This picture cracks me up... 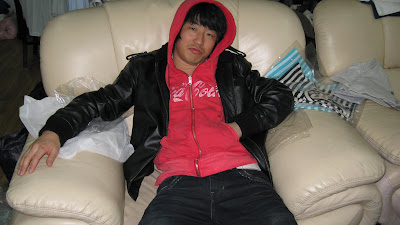 (Lindsey, I think we now know where I get my "playa" tendencies...)

Email ThisBlogThis!Share to TwitterShare to FacebookShare to Pinterest
Labels: pictures 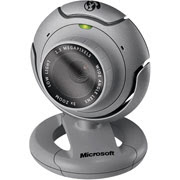 K: I've never really thought of myself as a webcam kinda girl, but Sang Kwan has repeatedly asked me if I had one and the last time we chatted, even ordered me to "go get one tomorrow."

So... being the obedient little sister, Mark and I purchased one and hooked it up. But when we try to do a web chat with Sang Kwan and Emily it didn't seem to be working. Anyone have any advice about this? (In case it helps, we have the Microsoft VX-6000.)
Posted by Unknown at 11:50:00 AM 1 comment: